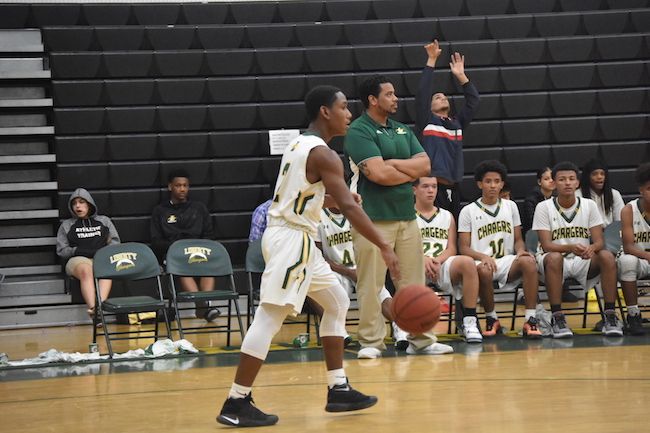 John Smith is one of the best players from the Orlando, FL area in the Class of 2021.

The 5-foot-7, 150-pound Smith, who attends Liberty High School, is a dynamic player that works as a point guard. 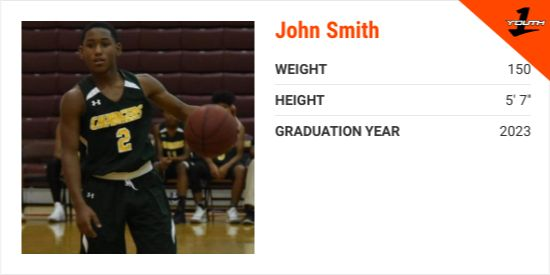 Smith has earned plenty of recognition during his career, such as capturing team MVP twice for his high school team. Smith is humbled by the accolades.

“What the rewards mean to me is that I’ve worked hard and gave the team 100 percent every game I played,” Smith said. “It was an awesome experience to be able to lead a team knowing that whether I’m passing or scoring I’m still a big factor to that team.”

No matter the opponent, every game Smith is determined to give it his all.

“My mindset at this position is to be aggressive. As a point guard the offense flows through you, so if I’m aggressive the rest of the team will be too,” Smith said. “I also like to push the ball on offense when I can.”

Smith has great passion and energy whenever he’s on the hardwood. Smith tells why he enjoys the game of basketball so much.

“What I love most about playing this game is that I have a chance to show my talent against great competition,” Smith said.

Smith has learned many valuable lessons from playing basketball that he applies to his everyday life.

“Playing the game of basketball has taught me a lot about life,” Smith said. “Playing this game has taught me that nothing is easy in life. There will always be an obstacle or a struggle point in your way.”

“My favorite memory was when we played against Harmony High School, I dropped 22 points to contribute to the win,” Smith said. “This is my favorite memory because it was the most points I have scored in a high school game.”

“John is a fearless shooter and a great ball distributor,” Morales said. “The other team always has to be aware of him at all times out there.”

“The way I like to demonstrate being a good teammate is by encouraging my teammates to do better. I like to push them and be competitive with them at practice,” Smith said. “The best advice I’ve given my teammates would have to be when we played against Poinciana High School. I told them ‘Play this game like you have something to prove. Play this game as a team and we shall win.’”

Morales adds that Smith is one of those consummate teammates that every squad needs to be successful.

“He picks the offense up and demands the ball,” Morales said. “He sets an excellent example for his teammates to follow. He has a positive effect on his teammates.”

“What I have learned from my coaches is that I have to push my team to their limits and give 100 percent even when I’m tired,” Smith said. “The best advice my coach gave me was when he told me: ‘This is your game, you’ve got to be a leader and get your team together. It’s your  job to be a leader as a point guard.’”

Morales is an advocate of Smith’s capabilities.

“John made some big time shots in a few games in the year he was with me,” Morales said. “He’s a big-time player that you can always depend on.”

In addition to making clutch plays, Smith also has a high level of basketball IQ as well.

Smith has excellent basketball awareness that puts him in position to thrive.

“He finds the open man and isn’t scared to take the big-time shot if he is open,” Morales said. “He’s a very smart basketball player.”

Smith is on the grind to perfect and hone his craft in any way possible.

“He’s a hard worker and is always in the gym,” Morales said. “He has the kind of worth ethic you need to be successful.”

Morales explains why he compares Smith to this future standout.

“I would say he reminds me a little of D’Angelo Russell,” Morales said. “He brings the same skill set and mentality on the court as he does.”

Smith patterns his mentality after this NBA champion point guard.

“I look up to Kyrie Irving because I feel that he is the best point guard in the NBA,” Smith said. “He can be a team player and be aggressive, and that’s what I want to be able to do. He plays this game with a meaning to it.”

Smith is constantly striving for greatness in everything that he does.

“My dream college is Duke because they’re basketball background is amazing,” Smith said. “I love watching them play and the way they do things.”

“I like math because I always felt it was easy to do and it was easy to catch on to,” Smith said. “Math is an important subject that you need to understand in the real world.”

Morales outlines the areas of improvement that will take Smith to the next level.

“He needs to make better decisions with the ball and not get flustered when he is doubled,” Morales said. “I’m confident he improve on that and can become an even more dynamic player.”

Morales believes the sky is the limit as long as Smith continues to stay hungry.

“He can be pretty good once he calms down with the ball,” Morales said. “I have complete faith that he’s going to be able to accomplish all of his goals and dreams.”