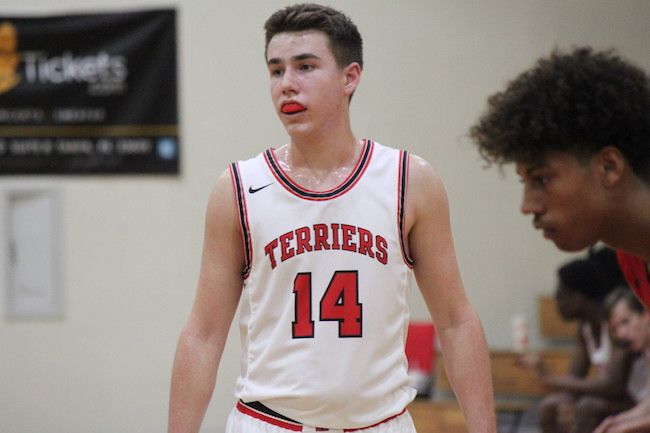 Corey Reynolds is one of the best players from the Tampa, FL area in the Class of 2021.

The 6-foot, 175-pound Reynolds, who attends Hillsborough High School, is a dynamic player that works as a shooting guard for the Tampa BayHawks. 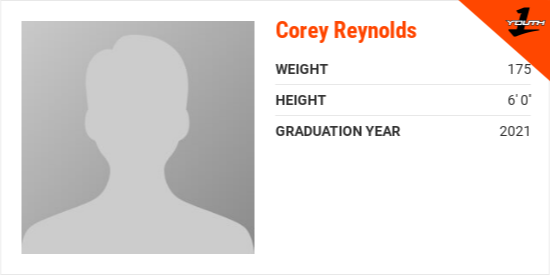 Reynolds has earned plenty of recognition during his career, such as being the YBOA Nationals 3-point champion.

Reynolds is humbled by the opportunity to compete against the best of the best and showcase his skills.

“It showed me that the time I put into the game will pay off and that I need to keep working and keep getting better,” Reynolds said. “I haven’t been in any real all-star events but I hope to as I keep improving my game. I know the results will come if I continue to work. I just want to always get better.”

No matter the opponent, every game Reynolds is determined to give it his all.

Reynolds is going all out.

The motor is always at full throttle whenever Reynolds steps between the lines.

“I need to contribute to the game in multiple different ways,” Reynolds said. “ I want to bring a defensive presence, shooting, and set up my teammates to put them in position to score as well.”

Reynolds has great passion and energy whenever he’s on the hardwood. Reynolds tells why he enjoys the game of basketball so much.

“The ball is always there no matter what and I always have it to get away from any stress or pressure,” Reynolds said. “Basketball brings people together and has helped me create a bond with my teammates that is bigger than the game.”

Reynolds has learned many valuable lessons from playing basketball that he applies to his everyday life.

“Playing basketball has taught me patience and persistence for sure,” Reynolds said. “You have to put the time and effort into anything you do if you want to be great, which applies to any facet of life.”

“Over the summer, my team had a tough game against an older team and I was able to hit shots and be able to be a defensive presence the whole game,” Reynolds said. “My coach told me I almost finished with a triple double.”

Byron Batchelor has coached Reynolds for one year with the Tampa BayHawks.

“Corey has a good IQ,” Batchelor said. “Also, he is a really good shooter and good passer.”

Reynolds takes his role as one of the leaders on the team very seriously. Reynolds makes sure he’s a daily positive influence on his peers.

“I always try to keep my teammates heads up and encourage them while helping to correct their mistakes. I want everybody to be successful and I try to make sure everybody on the team is comfortable asking me questions so I can help them get better,” Reynolds said. “The best advice I give is we need to play for each other. If we play like a family and always get everyone involved, the game will be so easy.”

Batchelor adds that Reynolds is one of those consummate teammates that every squad needs to be successful.

“Corey is a team leader,” Batchelor said. “He’s always one of the first guys at practice, always focused and ready to play. He’s also great at communicating with teammates.”

Reynolds is appreciative of having amazing male role models that are supportive.

“All of my coaches have pushed me mentally and physically to get better everyday. Nothing comes easy in life or basketball and both will reward you if you put in the time and work necessary,” Reynolds said. “They us that wherever you go, always have something to bring. Never show up empty handed. When you come into a game, add something that was missing without you on the court and show why you should be out there.”

Batchelor is an advocate of Reynolds’ capabilities.

“Corey is a big shot taker and big shot maker,” Batchelor said. “I trust Corey. At the end of games offensively and defensively, he’s going to make the right decision.”

In addition to his playmaking skills, Reynolds also has a high level of basketball IQ as well.

Reynolds has excellent basketball awareness that puts him in position to thrive.

“Corey isn’t the most physically gifted athlete so he uses his great basketball IQ to play on a high level,” Batchelor said.

Reynolds is on the grind to perfect and hone his craft in any way possible.

“Corey is a very hard worker. He’s going to give you 100 percent,” Batchelor said. “I try to push Corey to quit while working out but he’s mentally tough.”

Batchelor explains why he compares Reynolds to this 3-point shooting legend.

“If I had to compare Corey to an NBA player I would say Steve Kerr,” Batchelor said. “Very efficient 3-point shooter and high IQ player.”

Reynolds patterns his mentality after this rising rookie phenom.

“I look up to Tyler Herro,” Reynolds said. “I have watched him since high school and always admired his game and how he is able to shoot and score so easily using simple moves that work.”

Reynolds is constantly striving for greatness in everything that he does.

Reynolds lists math as his favorite subject in school.

“I like to solve problems and numbers just make sense to me,” Reynolds said.

“I want to attend the University of Florida because they have a good engineering program which is what I would like to study and a great basketball program which I would love to play for if I keep getting better and get ready for that level,” Reynolds said.

Batchelor outlines the areas of improvement that will take Reynolds to the next level.

“We’re working with him on improving his athleticism and being able to create plays with the ball in his hands,” Batchelor said.

Batchelor believes the sky is the limit as long as Reynolds continues to stay hungry.