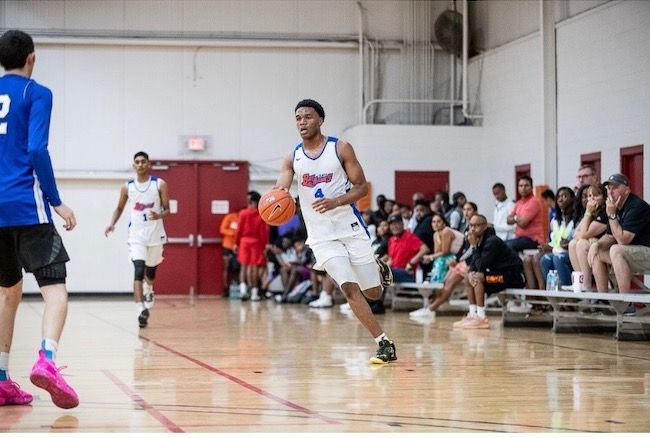 Kent Garard is one of the best players from the Kingsland, GA in the Class of 2020.

The 6-foot-5, 195-pound Garard, who attends Camden County High School, is a dynamic player that works as a shooting guard, small forward and power forward. 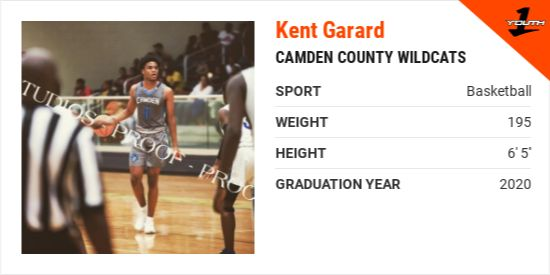 Garard is humbled by the accolades.

“It means a lot to me knowing that the work I put in every morning is starting to pay off. Also, a good feeling to know that I’m putting Camden County basketball on the map,” Garard said. “It was great to play alongside some of the top players in Georgia.”

No matter the opponent, every game Garard is determined to give it his all.

Garard is going all out.

The motor is always at full throttle whenever Garard steps between the lines.

“My mindset is to do everything to help my team win,” Garard said.

Garard has great passion and energy whenever he’s on the hardwood. Garard tells why he enjoys the game of basketball so much.

“I love being able to be there to always set a good example for my teammates and seeing the smiles on everyone’s faces after a win,” Garard said.

Garard has learned many valuable lessons from playing basketball that he applies to his everyday life.

“Playing basketball has taught me that you can do anything you put your mind to,” Garard said.

“My favorite memory was my first dunk in eighth grade,” Garard said. “It was great seeing all my teammates and coaches reactions.”

Byron Batchelor has coached Garard for one year with the Tampa BayHawks.

“Offensively, Kent is a really good shooter and can handle the ball at the guard spot. Kent is quick, athletic and strong,” Batchelor said. “He can play inside and is quick enough to beat bigger guys off the dribble. Defensively, Kent can guard multiple positions at a high level.”

Garard takes his role as one of the leaders on the team very seriously. Garard makes sure he’s a daily positive influence on his peers.

“I demonstrate being a good teammate by making sure everyone is on the same page and making sure I’m always first so I’m able to set a good example for my teammates. I always try to outwork everyone in the gym even with being the best player on the floor,” Garard said. “The best advice I give is always praise your teammates, never down talk to them, respect your coaches and teammates, and give 100 percent effort in everything you do.”

Batchelor adds that Garard is one of those consummate teammates that every squad needs to be successful.

“He shows his leadership in simple ways through his actions,” Batchelor said. “In our first tournament in the first game, Kent dove on the floor for a loose ball and we were up 30 points.”

Garard is appreciative of having amazing male role models that are supportive.

“My coaches always set a good example on and off the court,” Garard said. “The best advice they give is to be yourself and never let anyone take you out of your game.”

Batchelor is an advocate of Garard’s capabilities.

In addition to making clutch plays, Garard also has a high level of basketball IQ as well.

Garard has excellent basketball awareness that puts him in position to thrive.

“He doesn’t force anything and anticipates very well,” Batchelor said.

Garard is on the grind to perfect and hone his craft in any way possible.

“Kent is in the gym before school starts,” Batchelor said. “Many times I’ve texted Kent around 10-11 p.m. about colleges inquiring about him and he would be at the gym working out.”

Batchelor explains why he compares Garard to the No. 2 pick in the 2008 NBA Draft.

“I would compare Kent to Michael Beasley at Kansas State,” Batchelor said. “He’s too big for guards and too skilled/quick for bigs to handle and he can score from all 3 levels.”

Garard patterns his mentality after this elite perimeter standout.

“I look up to Paul George. I watched the game when he broke his leg, and I thought his career was over,” Garard said. “For most people that could mess with you mentally but he made the best of his situation and came back a better player than before.”

Garard is constantly striving for greatness in everything that he does.

“I want to get a full scholarship to play D1 basketball and get a degree in nursing school.” Garard said.

“I want to attend the University of Georgia because it’s a great atmosphere in all sports and it just feels like home,” Garard said.

Garard lists math as his favorite subject in school.

“I like math because it has always been the easiest subject for me to learn,” Garard said.

Batchelor outlines the areas of improvement that will take Garard to the next level.

“I would play Kent at the point guard position sometimes to add to his versatility,” Batchelor said.

Batchelor believes the sky is the limit as long as Garard continues to stay hungry.

“After college, Kent will play professional basketball,” Batchelor said. “As for whatever level, that’s up to him.”