2020’s Jeremiah Judge sets the tone defensively for his teammates

2020’s Jeremiah Judge sets the tone defensively for his teammates 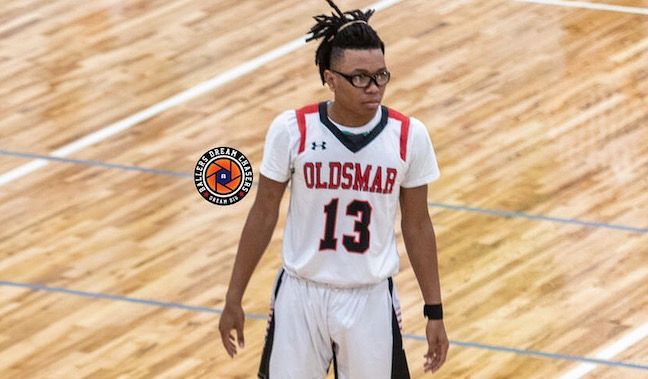 Jeremiah Judge is one of the best players from the Tampa, FL area in the Class of 2020.

The 6-foot, 160-pound Judge, who attends Oldsmar Christian School, is a dynamic player that works as a point guard for the Tampa BayHawks. 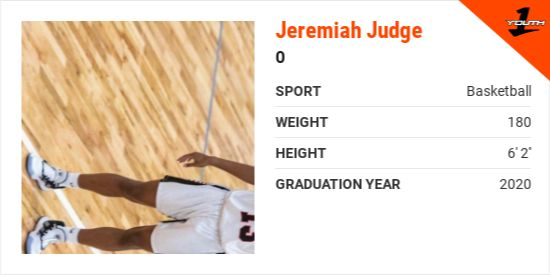 Judge has earned plenty of recognition during his career, such as being an FHSAA All-Star as a member of Saint Peter Claver Catholic School.

Judge is humbled by the opportunity to compete against the best of the best and showcase his skills.

“It was my first ever All-Star event in my last year before high school,” Judge said. “It meant a lot to me at the time.”

No matter the opponent, every game Judge is determined to give it his all.

Judge is going all out.

The motor is always at full throttle whenever Judge steps between the lines.

“My mindset at my position is putting my team in the best spot to be successful and being a floor general, mainly focusing on defense and being a playmaker,” Judge said.

Judge has great passion and energy whenever he’s on the hardwood. Judge tells why he enjoys the game of basketball so much.

“The thing I love most about basketball is competing,” Judge said. “I love playing against ranked guys and ranked teams. I feel like I play those games with a chip on my shoulder.”

Judge has learned many valuable lessons from playing basketball that he applies to his everyday life.

“Playing basketball teaches you nothing in life is handed to you,” Judge said. “You have to go work for what you want.”

“My sophomore summer going into my junior year,” Judge said. “It’s where I figured I could really play with anybody. Had a 20 and 10 game on a circuit team from GA.”

Byron Batchelor is in his third year coaching Judge with the Tampa BayHawks.

“I like his athleticism and defensive abilities,” Batchelor said. “Jeremiah is a very tough kid. He’s a pass first point guard that can get to the basket very well. He’s very athletic and can guard 94 feet.”

Judge takes his role as one of the leaders on the team very seriously. Judge makes sure he’s a daily positive influence on his peers.

“Doing whatever is asked of me is how I demonstrate being a good teammate. I do this by leading by example and holding others accountable as well as myself,” Judge said. “Best advice I’ve given to my teammates is being coachable. A coach wants to win just as bad as players do, so take coaching well. It only helps.”

Batchelor adds that Judge is one of those consummate teammates that every squad needs to be successful.

Judge is appreciative of having amazing male role models that are supportive.

“Every year of basketball I learn something new but the main thing that stuck with me is getting better every day. Take advantage of the time you have to get better,” Judge said. “Best advice a coach has given me is to think the game before you just play because anyone can go and play. Out-thinking is what separates okay players and great players.”

In addition to his playmaking skills, Judge also has a high level of basketball IQ as well.

Judge has excellent basketball awareness that puts him in position to thrive.

“Jeremiah is a creator,” Batchelor said. “He doesn’t take bad shots and he anticipates well defensively.”

Judge is on the grind to perfect and hone his craft in any way possible.

“Jeremiah needs to focus on basketball right now and live in the gym,” Batchelor said.

Batchelor explains why he compares Judge to this former NBA player.

“I would say Chris Duhon,” Batchelor said. “Very good on ball defender, high energy and will give up personal stats for winning.”

Judge patterns his mentality after this SEC standout.

“I look up to Ashton Hagans at Kentucky,” Judge said. “He is a dog on defense and he runs the offense well. He always makes winning plays. I like guys like that.”

Judge lists science as his favorite subject in school.

“I always want to know why something works and how,” Judge said.

Judge is striving for greatness in all that he does.

“I just want to be the best version of me I could be and I don’t know what that is yet, so I’m working on it,” Judge said.

Batchelor explains an area of Judge’s game that if improved upon can elevate his impact on the floor.

“Jeremiah needs to improve his shooting ability,” Batchelor said. “Living in the gym is the solution to his problems.”

Batchelor believes the sky is the limit as long as Judge continues to stay hungry.

“Jeremiah has the talent to play college ball, no doubt,” Batchelor said. “He has several JUCO schools interested.”