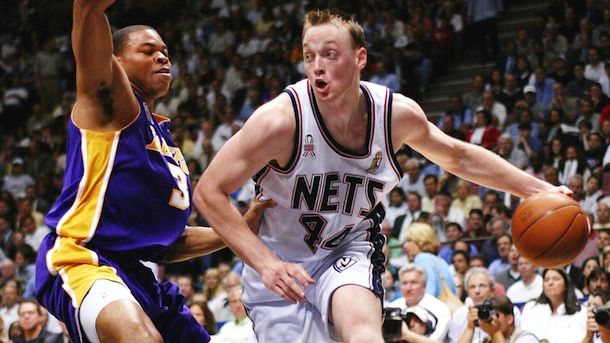 Keith Van Horn was ESPN's men's basketball player of the year while at the University of Utah. The following year he was drafted into the NBA by the Nets and within two years he was one of the five top scoring players in the league.  When he retired Van Horn had played nine seasons in the NBA averaging 16 points and 7 rebounds a contest for his career.

The question is how could he top that achievement the rest of his life? Well, at least he can try to put up another major accomplishment to compete with his stellar hoops career.

Van Horn is used to traveling. From his childhood in California, to the big years at the University of Utah. His NBA tour included stops in Milwaukee, New York, Philadelphia and Dallas.

And then it was time to follow his wife to the state of Colorado. His family was raised just outside Denver.  So, he looked into starting a club basketball team. But wait this is a Western state. It is the home of the Denver Broncos and Colorado Rockies. And naturally, there is plenty of snow for skiers.

In 2012, he tried to give back by starting the Colorado Premier Basketball Club.

"It started with one club with 12 players,'' Van Horn said. It's grown pretty quickly. We now have more than 1,000. There was a need for a basketball program."

Talk about growth, there are now three clubs in Colorado and another one in Salt Lake City (Utah).

How does Van Horn explain the tremendous influx of players?

In fact, he notes that he does not discriminate. He won't turn away players because they are not NBA prospects.

In Colorado, they start playing basketball at a young age.

"We have Saturday skills sessions,'' he said. "It's the basics like dribbling and passing."

And of course the program goes all the way up to 18-years-olds. And the older players get some perks.

Two of his three girls have played in his program.  So, Van Horn has found a place to teach his craft.

"I work too many hours,'' he said. "I don't know if I want to do this for the rest of my life. This program had grown bigger than I thought it would."

No, Van Horn isn't complaining much. He's found a home in Colorado.

And the former NBA star feels good about what his program has brought.

"It's a great opportunity to work with kids,'' he said. "I wanted to give back."

The girls program has nearly 10 under 14-17 teams. For the more gifted players there is five Nike teams and five Select teams. They compete in summer and hope to play in the Nike National Championships in Augusta, SC.

In just five seasons, this program has made its presence known. Back in November, six graduates of the Premier program signed to play at the next level.